โดย นายกฤตธี มีมงคล
Growth and change are what signify the dignity of an object through time.
Songkhla old town is a unique community rich in culture, art, and history. One of its most notable features is the abundance of different styles of architecture found throughout the town, built atop and next to each other, which creates such a one-of-a-kind atmosphere.
Though Songkhla is suffering from the ever-changing pace of the society. It is becoming less and less populated, more and more houses are being abandoned, and the society is shifting its paradigm from a quiet, old town into a touristy, crowded attraction. That being said, the design of this structure is formulated.
The Micro Commune is a structure designed by the means of architectural intervention. It is designed to expand the interior space and transform the past dwelling into a community center where people could meet up or hang out while also keeping the Chinese-influenced architecture of the old intact. The roof cut out at the near top of the building let in sunlight so that the indoor could be naturally lit. When passersby travel along the street, the new structure is out of sight, not disrupting the atmosphere of the town.
It is hoped that the Micro Commune will help people connect more and create a new kind of space for people to gather while also preserving the art of the past. 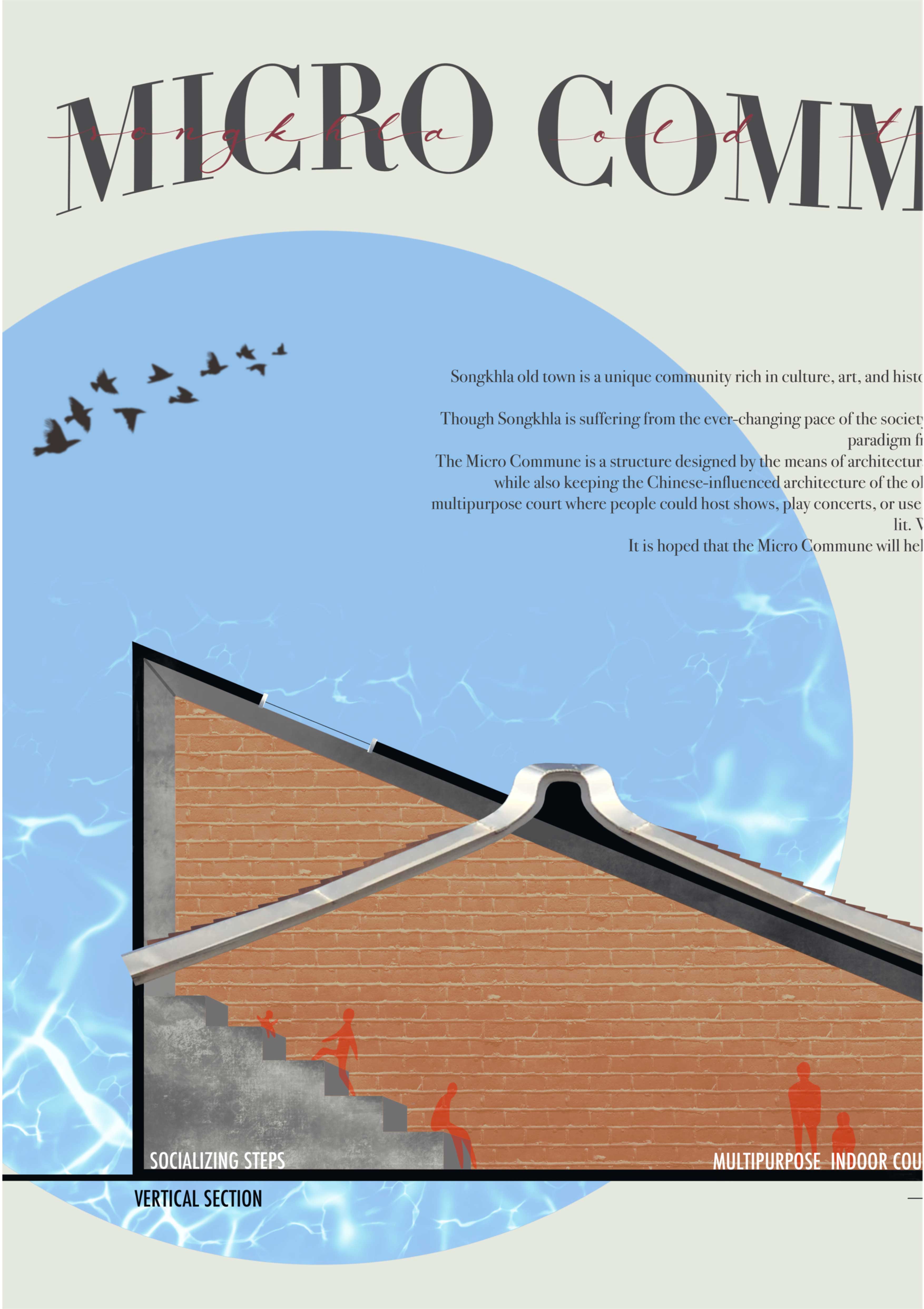 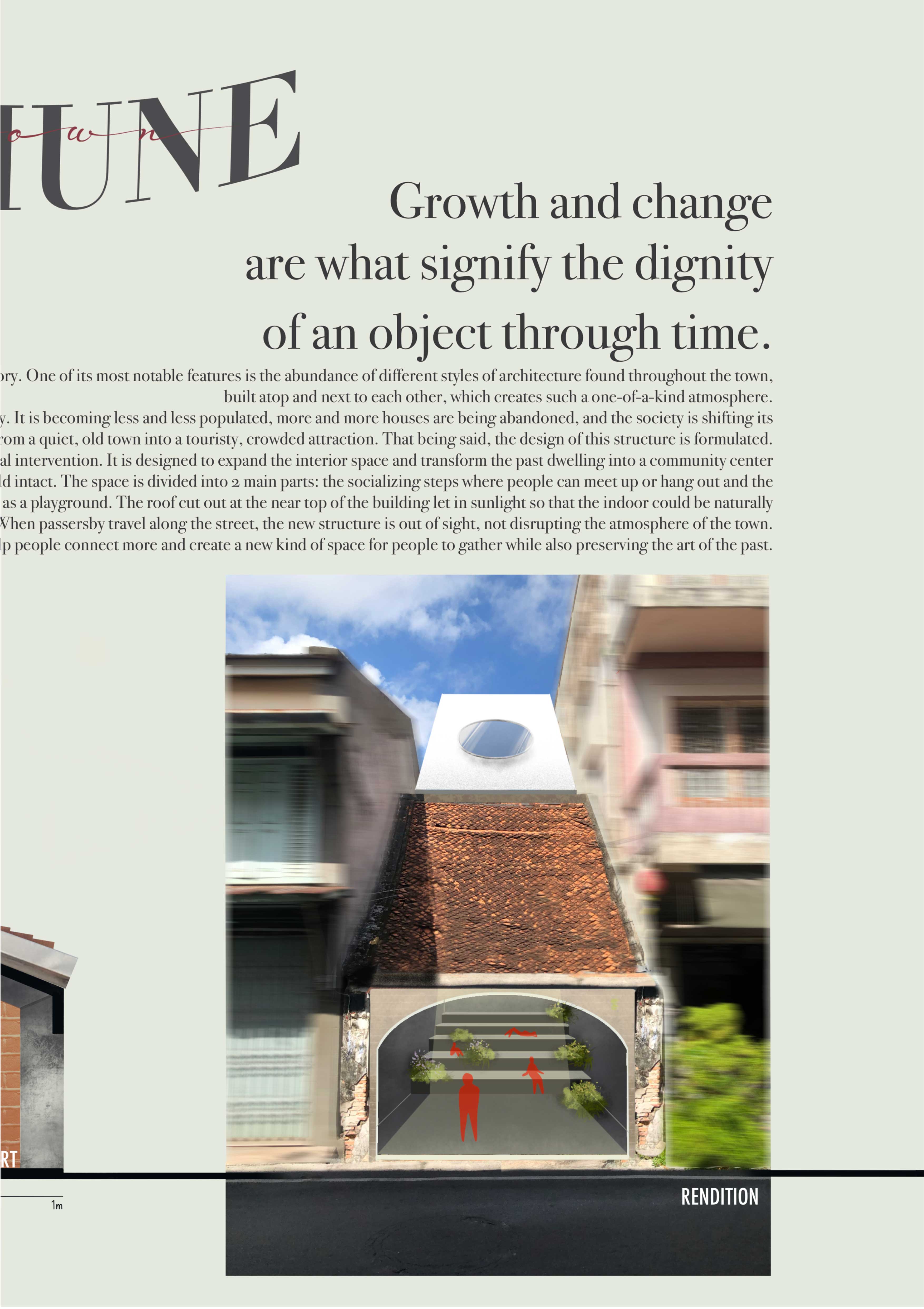